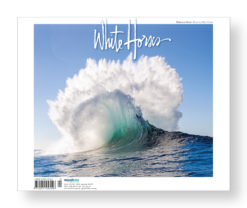 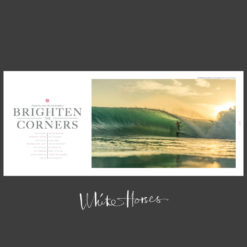 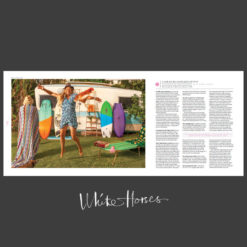 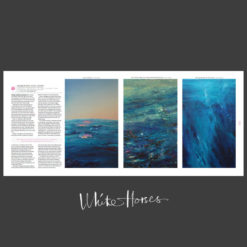 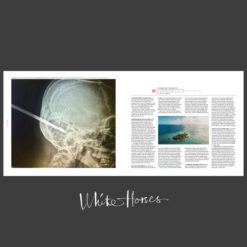 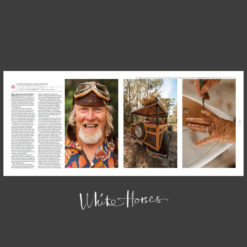 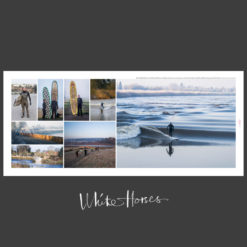 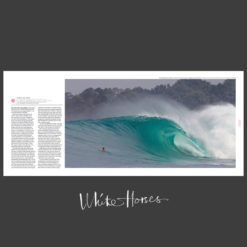 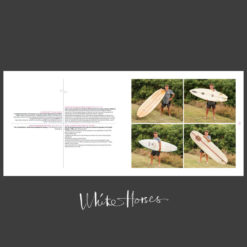 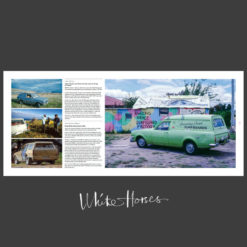 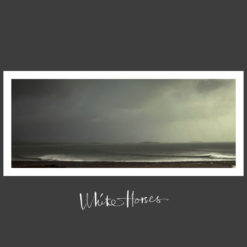 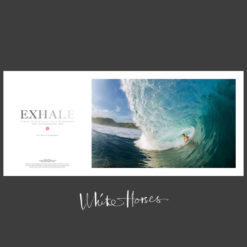 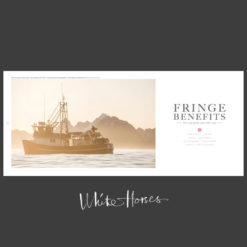 We’ll ride the frostbitten Severn Bore with its crew of dedicated (understatement!) locals; dive deep into the jungles of Java to try to tame an unruly wave (and fail); canvas working class heroes from Alaska to Samoa, and hang out with legendary characters like Mark Rabbidge.

Of course, the issue comes packed with Horsies’ favourite regulars – legends like Shane Stedman and Gary McNeill run us through their favourite craft, while Sean Davey digs deep into his treasure trove of photographic work spanning four decades, and our most excellent writers tackle thought-provoking themes from climate change to the Mediterranean refugee crisis. And the photos! Oh, the beautiful photos…

All of this comes bound in 132 premium pages in Horses’ unique oversized format that has seen it being hailed as “the best bloody surf magazine in the world” by industry folk and punters alike (that’s a direct quote, promise).

What evil sorcery is this? A halfpipe in the middle of the ocean? Photoshop trickery? In fact, it’s the surf spot featured on the latest cover of Horsies, which goes a long way in explaining how Balaram Stack ended up being a human torpedo for page 1. 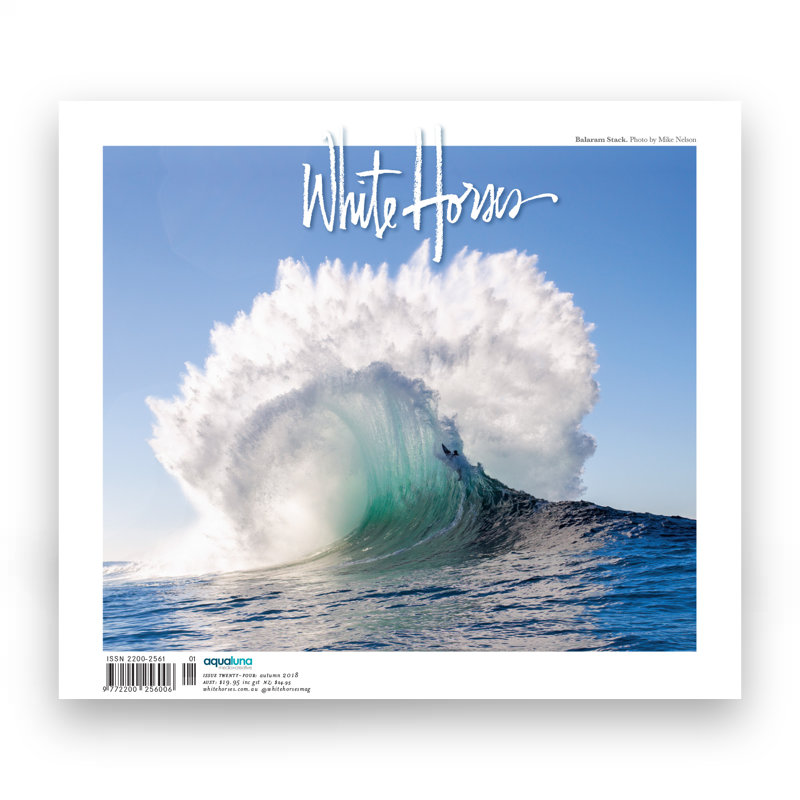 As photographer Mike Nelson explains, “This was on a trip to Northern New England where we were looking to score a rare offshore slab. The wave is a full-on mission to surf but when it comes together it might just be one of the very best in North America. After a six-hour drive and a two-hour boat ride, we arrived at the spot and it was way bigger than anticipated. The size and direction of the swell caused the incoming lines to refract 180 degrees around the reef. Basically, 10 foot refracted lumps were slamming into incoming open ocean groundswell. Balaram Stack is always up for a challenge, so he was trying to ride the backwash into an oncoming wave and vice versa to do a sort of half-pipe transition. This pic shows what it looked like before the waves would collide, which would happen every so often with stunning results. I guess Balaram was in the wrong place at the right time.”